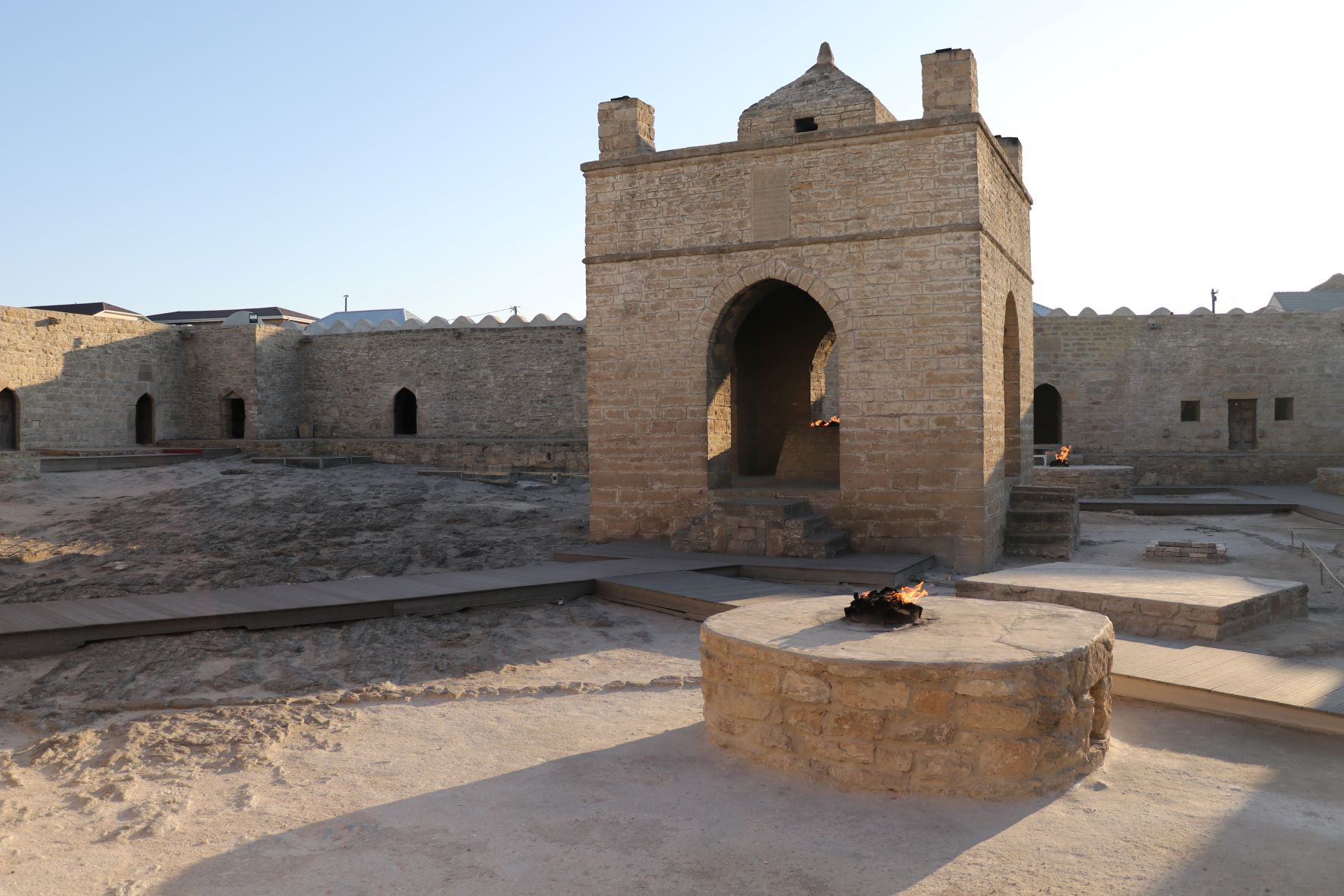 If you’re looking for an off-the-beaten-path destination in the Caucasus region, Azerbaijan is a great choice. This small country is home to a wealth of historical and cultural attractions, including the Fire Temple – one of the most important places of worship in Zoroastrianism. A road trip to the Fire Temple is the perfect way to spend half a day, exploring this unusual link of Azerbaijan to the ancient Zoroastrian worshippers.  For locals, this is a trip that they can do on their own.  For tourists, travel agencies, like our very own Toso Tour, offer many guided tours to the Fire Temple.  Having a knowledgeable tour guide can make the experience more memorable and educational.

History of Ateshgah in Azerbaijan

In Persian and Azerbaijani, the Fire Temple is called “Ateshgah”, originating from the word “Atash” (means “fire” in Persian). The temple was utilized as a Hindu, Sikh, and Zoroastrian site of worship, according to Persian and Indian inscriptions.  You see, Azerbaijan laid on the famous ancient Silk Road – the path that many traders took from Asia to Europe.  Along the way, many travelers witnessed natural fires in Azerbaijan originating from gas pockets deep underground.  Some of these sites remained natural worship areas (like Yanardag / Fire Mountain) but Ateshgah was converted to a proper temple.

The pentagonal structure, which includes a courtyard encircled by monastic cells and a tetrapillar-altar in the center, was constructed in the 17th and 18th century.  Zoroastrians from Northwestern Indian subcontinent considered it as a site for pilgrimage.  These Zoroastrians were often traders on the famous “Grand Trunk Road”.

Unfortunately, as the petroleum industry grew in Azerbaijan, the temple ceased to be a place of worship around 1883.  This era also saw a major reduction in Zoroastrian population around Baku (both local and travelers).

As far as road trips go, the drive to Ateshgah is hardly a trip since it’s very conveniently located within 30 mins of the Baku city center.  It is also helped by the fact that it is along the way to the airport so you can use the main highway in that direction.  You can get directions to the site by clicking here.

Locals and visitors who rent a car can easily drive up there.  We recommend for tourists to hire a local tour guide to assist them with getting there as well as providing an informative guided tour of the site.  Contact us today if you want help visiting Ateshgah.

The central temple inside the pentagon-shaped complex is where the main fire is.  This is where a lot of the worshipping would take place as fire (or light) is sacred in Hinduism, Zoroastrianism and Sikhism. 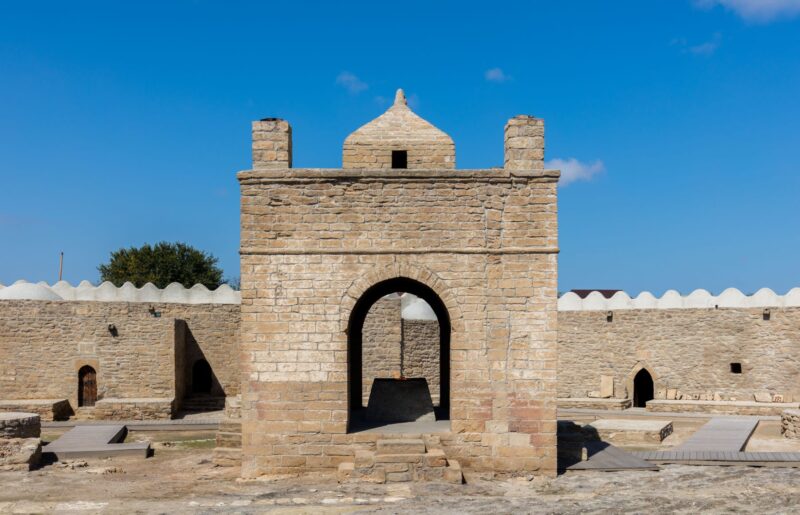 Spoiler alert: today, the fires in the complex are fueled by gas from a nearby town and ignited only for the benefit of the visitors.  But this does not take away from the experience.  Most of the temple has been preserved to what it’d be like when visited hundreds of years ago.

The central temple is surrounded by 24 cells and rooms, built in the style of a “carvansaray” or roadside inn constructed for traders and travelers on the Silk Road.  Nowadays, there are clay models to give tourists an insight into what it’d be like to be housed in one of these units.

For our visitor who know sanskrit, there are some ancient inscriptions which can be found on the walls of the temple.

Other Related Sites in Azerbaijan

Ateshgah was not the only sacred site for Zoroastrians.  Yanar Dag (Fire Mountain) is also another famous site where there is a naturally occurring fire along the side of a small hill. You can check out a short description about Yanar Dag on Lonely Planet by clicking here.

There are other smaller sites that have extinguished themselves over the years as the source of the gas has been depleted.

Ateshgah is an important landmark in Baku that should not be missed by any tourist.  It’s a symbol of an ancient trade route that created a mix of cultures and religions.  This mix defined Azerbaijan – a multi-cultural and multi-ethnic hub where East meets west.

The natural fires formed by the natural gas deposits under Azerbaijan not only served as a sacred site for countless believers but it now also serves as a symbol of Azerbaijan’s rich land.  Ateshgah is the most refined example of these “fire sites” as it is the best preserved Temple of Fire in the region.

The close proximity of the temple to the city makes it an easy decision to plan a trip to Ateshgah.  Contact us today to arrange your tour.